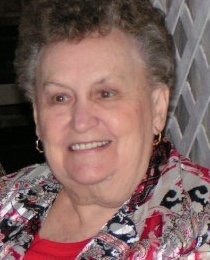 Funeral services for Ms. Wilma Williams will be held 2 p.m. Saturday, October 5, 2019, in the chapel of Replogle-Lawrence Funeral Home with Dr. Greg McFadden officiating. Private burial will be held at a later date.

Ms. Williams, age 89, passed away peacefully Sunday, September 29, 2019, at her home with family. She was born in Evansville, Indiana to the late Thurman Fuller Griggs and Sula Mae Cooper Griggs. Ms. Williams was a 1949 graduate of Peabody High School in Trenton, TN; was retired from South Central Bell, Bell South, and AT&T after 33 years and retired form Kroger after 7 years. She was a member of The Church at Sugar Creek in Humboldt.

​Visitation with the family will be held Saturday, October 5 from 11 a.m. until service time at the funeral home.

In lieu of flowers, memorials may be directed:

"In Memory of Wilma Williams"

To order memorial trees or send flowers to the family in memory of Wilma Williams, please visit our flower store.