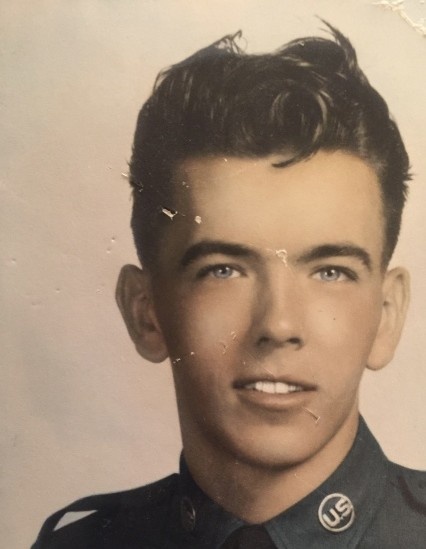 Col. Tony Leo Cleary, “De”, went home to be with the Lord on Sunday morning, Sept. 25, 2016.  He was born on Dec. 11, 1946 in Bemis, TN to Mr. & Mrs. Robert and Francis Cleary.  He was an active member of the Boy Scouts of America, attended Jackson High School and joined the US Air Force in January 1964. While stationed in Bossier City, LA, he met his wife of 50 years, Carlene.  Their children are Donald Wayne Perot, Tammy Lynn Cleary, and Tracey Michelle Cleary Pelham.  Their grandchildren are Sophia Grace Sykes, and Baby Pelham.

Mr. Cleary excelled in many careers throughout his life, including that of an electronics engineer in the Strategic Air Command unit of the USAF, a talented musician (“Top Cat” drummer), a gaming mechanic, a restaurant owner, owner of multiple furniture stores, owner of an arcade, and an auctioneer and real estate specialist – owning multiple auction companies.  He is also a skilled carpenter, and an avid gardener.  He approaches every task demanding perfection and a job well done – whether it be building a house, or canning his famous chow-chow.

Mr. Cleary loves the Lord fiercely, and held Bible studies and prayer meetings in his home with family members for many years.  His favorite time of day is the early morning, when he will talk with God, sit on his bench, and admire His sunrise and creation.  He loves his family immensely, and delights in being a grandfather to his beloved “Gracie Lou”.  He has been blessed with a large family that has shared with him countless laughs, prayers, and love throughout the years.  Their legacy of faith from generations past continues to resonate and change eternity today.

The going home celebration for Mr. Cleary, affectionately called “Bear”, will be held at 4 pm on Thurs., Sept. 29, 2016, at Replogle-Lawrence Funeral Home in Medina, TN, with the family receiving friends beginning at 2 pm.  Interment will be at Centerville Cemetery in Medina.

In lieu of flowers, the family requests that you share with someone the life-changing good news of our Lord Jesus Christ (John 3:16).

To order memorial trees or send flowers to the family in memory of Tony Cleary, please visit our flower store.