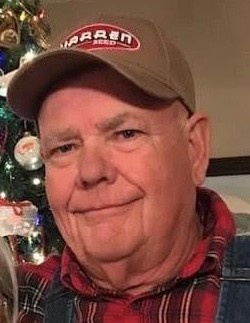 Mr. Roger Reeves passed away Saturday, February 19, 2022, at Jackson-Madison County General Hospital. He was born in Humboldt, TN on January 21, 1953, to the late William Robert Reeves and Roberta Young Reeves.

Roger was employed with Tube City IMS as a crane operator where he enjoyed a career of 38 years. Roger enjoyed spending time with his family and especially watching his grandson actively participate with the South Gibson County Shooting Sport Team.

He was preceded in death by his parents; wife of 47 years, Cathy Ann McGill Reeves; brother, Wayne Reeves.

He is survived by his daughter, Stacy Forsythe and husband Ryan; grandson, who was his pride and joy, Kade Forsythe; very special friend, Judy Kail; sister, Debbie Bolton.

In lieu of flowers, memorials may be directed to St. Jude Children’s Research Hospital.

To order memorial trees or send flowers to the family in memory of Roger Reeves, please visit our flower store.