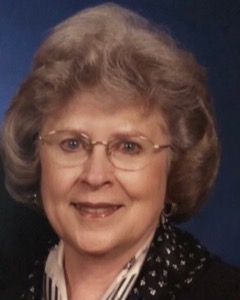 Funeral services for Mrs. Reba Cotton will be held on Tuesday, November 8, 2022, at 11 A.M. in Latham’s Chapel Baptist Church near Medina, with Bro. Tommy Stutts officiating. Burial will follow in Latham’s Chapel Cemetery. Visitation will be held at Replogle-Lawrence Funeral Home in Medina on Monday, November 7, 2022, from 4 P.M. till 7 P.M. and at the church an hour before service time.

Mrs. Cotton of Medina, TN, passed away at Jackson-Madison County General Hospital at the age of 84 on Wednesday, November 2, 2022.

Reba was born in Greenfield, TN to the late Kile Young and Electie Pirtle Young.  She graduated from Greenfield High School (Class of 1955) then attended college where she studied business and became an executive secretary.

Mrs. Cotton worked for Greenfield Manufacturing, Rockwell International, and after retiring, Union University.  Reba married the love of her life, Charles Edward Cotton, in July 1968 and have been inseparable ever since. Together they loved to travel, camp, eat, and meet new friends.  Reba liked to collect clocks while on their travels and do needlework, cook, and read in her spare time.

Reba was preceded in death by her parents; sister, Joyce Smith.

To send flowers to the family in memory of Reba Doris Young Cotton, please visit our flower store.