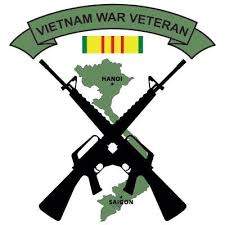 Funeral services for Mr. Randall Epperson will be held at 1 P.M. Monday, June 17, 2019, in the chapel of Replogle~Lawrence Funeral Home with Bro. Steve Osborne officiating. Burial will follow in Hopewell Cemetery with Military Honors.  Visitation with the family will be held from 11 A.M. till service time on Monday at the funeral home.

Randall was born in Gibson County to the late Raymond and Mary Lorene Morgan Epperson.  He graduated from Medina High School then joined the U.S. Army.  While in service to his country in Vietnam, Randall received many commendations, badges, and medals including the Vietnam Combat Medal and the Bronze Star for his service.  Upon returning to the states, he became a small businessman as a bricklayer.  He soon became a master mason working on many large projects in the Jackson Area. After retiring, Randall enjoyed spending time with his family and friends; and gardening, which he shared the fruits of with many.

To order memorial trees or send flowers to the family in memory of Raymond Randall Epperson, please visit our flower store.