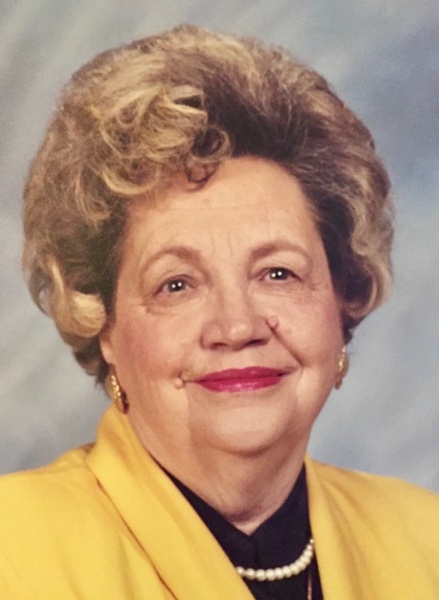 Mrs. Lou Lynn Howell Luckey went home to be with her Savior on March 21, 2018. She was 85 years old.
Lynn was born on October 20, 1932, in Gibson County. She was the daughter of the late Clyde Howell and the late Evelyn Hicks Howell. She is survived by a brother Carl Howell and wife Marilyn and a sister Frankie Markham. She is preceded in death by a sister Kate Dowland, who is survived by her husband LaVaughn.
Lynn attended Gibson High School and continued her studies at Bethel College. Lynn married John Mack Luckey on February 3, 1951. They made their home in the Gibson, Medina area where John Mack followed in his father's footsteps as a life long farmer. He was a proud father and grandfather. Lynn was a homemaker and loving mother, grandmother, and great grandmother. Lynn enjoyed cooking Sunday dinners for her family and whoever else showed up over the years. "Ms. Lynn," as she was affectionately known, had an open house policy to everyone. She loved working in her yard when she was able and loved her flowers. She was proud to share her daylilies with anyone who asked. She loved her strawberry knick-knack collection she kept on her sunporch.
Most importantly, she loved God and her church. She was an active, longtime member of Antioch Baptist Church where she served Him proudly in numerous positions over the years. She especially enjoyed WMU and Young at Hearts and loved her church friends dearly.
Lynn was preceded in death by her loving husband John Mack after 47 years of marriage. They will now experience the joyous occasion of being reunited again. She leaves behind four children: Glenda (R.D. Spike) Jones, Mike (Debbie) Luckey, Hal (Teena) Luckey, and Polly (Eddie) Kivelle. She has ten grandchildren: Jennifer (Blake) Prince, Michelle Thompson, Jud (Kim) Jones, Luke (Lindsay) Jones, Billy (Melanie) Luckey, Lance (Tammy) Luckey, Jessica (David) Pinkerton, Ethan (Molly) Kivelle, Caleb Kivelle, and Micah Kivelle. She has fourteen great-grandchildren.
Visitation will be held from 11 a.m. until 2 p.m. Saturday, March 24, 2018, at Antioch Baptist Church with the funeral service to follow. Bro. Bill Rice officiating. Burial will follow in Antioch Cemetery. Memorials may be directed to the Antioch Building Fund.

To order memorial trees or send flowers to the family in memory of Lou Lynn Luckey, please visit our flower store.