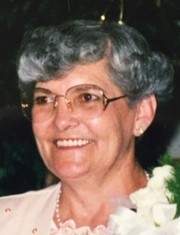 
Funeral services for Mrs. Johnnie Etoy Bryant Fonville will be held 1 p.m. Saturday, March 16, 2019, in the chapel of Replogle-Lawrence Funeral Home with Rev. Steven Fonville and Bro. Tim Lunn officiating. Burial will follow in Gibson County Memory Gardens.
Mrs. Fonville, age 76, passed away March 12, 2019, at Jackson-Madison County General Hospital.
She was born in Ripley, Mississippi to the late Frank and Lottie Whindham Bryant. Mrs. Fonville was a graduate of Humboldt Schools and Memphis State. She was very active in Humboldt where she was a retired teacher from the city school system, was a member of Jaycetts, leader in both Boy Scouts and Girl Scouts, served on the library board, the Strawberry Museum Board, and was a Sunday school teacher.
She was preceded in death by her father, Frank Bryant; mother, Lottie Prichard; step-father, John Prichard; her husband of 37 years, Harold Wayne Fonville.
She is survived by her daughter, Mikki Fonville Hopper and husband Mark; sons, Jason Fonville and Harold W. Fonville, II and wife Bird; grandchildren, Abigail, Emily, and Olivia Fonville; step-grandchild, Kasen Cozart; brothers, Jarone Bryant and wife Mary, Mark Prichard and wife Jenny.
Visitation will be held Friday, March 15, 2019, from 5 until 8 p.m. and on Saturday, March 16, from 11 a.m. until service time at the funeral home.

To order memorial trees or send flowers to the family in memory of Johnnie Fonville, please visit our flower store.