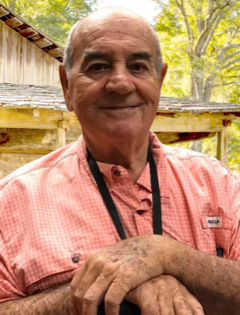 Funeral services for Mr. Jerry Worrell will be held at 2 p.m. Monday, March 22, 2021, in the chapel of Replogle-Lawrence Funeral Home with Gary Cook officiating. Burial will follow in Hope Hill Cemetery. Visitation will be held prior from 10 a.m. until service time at the funeral home.


He was born in Crockett County, TN to the late Alfred Alexander Worrell and Willie Beatrice Coburn Worrell Hinsley. Mr. Worrell was an entrepreneur and self-employed business owner of Medina Service & Supply, Medina Village, and Jerry’s Deli. He had a love of gardening, cooking, hunting, fishing, antiques, yard sales, and entertaining family & friends.


He was preceded in death by his parents; half-brother, Mark Hinsley.

To order memorial trees or send flowers to the family in memory of Jerry Worrell, please visit our flower store.