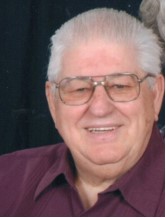 Funeral services for Mr. James Pickard, Jr. will be held 2 p.m. Wednesday, November 4, 2020, in the chapel of Replogle-Lawrence Funeral Home with Bro. Red McCaskill and Taylor Bell officiating. Visitation will be held prior from 11 until 2 p.m. at the funeral home.


He was born in Madison County to the late James Walter Pickard, Sr. and Minnie Rebecaa Loyens Pickard. Mr. Pickard worked in insurance sales and was a member of Juno Church of Christ.


He was preceded in death by his parents; sister, Ann Garrett.


In light of COVID-19, social distancing will be observed and masks required.

To order memorial trees or send flowers to the family in memory of James Pickard, Jr., please visit our flower store.