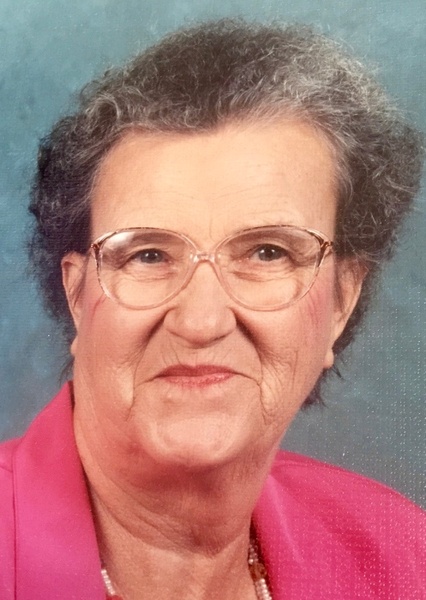 Mrs. Virginia Payne, age 82, passed away on December 3, 2018 at Camden Healthcare and Rehab Center.  Funeral services will be held in the Chapel of Replogle~Lawrence Funeral Home in Medina on Wednesday, December 5 at 12 noon with Rev. Tommy Stutts officiating.  Interment will follow in Lathams Chapel Church Cemetery near Medina. Visitation with the family will be from 5 P.M. till 8 P.M. on Tuesday, December 4, and from 10 A.M. till service time on Wednesday.

Mrs. Virginia was born in Gibson County to the late Joe and Viola Leonard King.  She attended the local schools and lived in the Medina area for several years. She was married to the late Eddie Payne and they had four children. Mrs. Payne was a homemaker and Baptist in faith. She had a love for bright, beautiful flowers and enjoyed quilting .

Mrs. Payne was preceded in death by her parents, husband, and son Jerry Wayne Payne.  She is survived by her son, Eddie “Joe” (Lisa) Payne of Holladay, TN; daughters, Virginia Ann Carey of Medina and Sarah (Ben) Bryant of Nashville; six grandchildren and four great-grandchildren.

To order memorial trees or send flowers to the family in memory of Hester Payne, please visit our flower store.