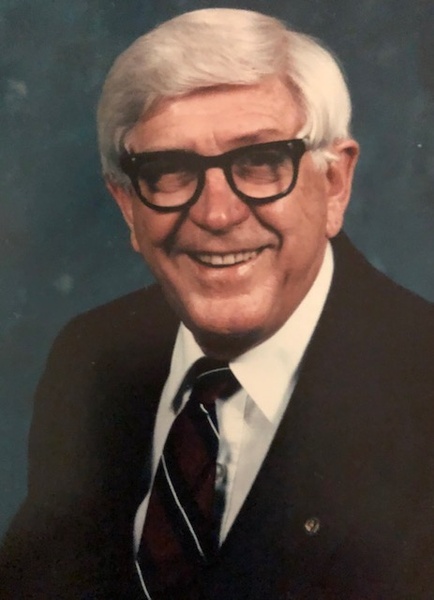 Griffin graduated from Humboldt High School, and the Vanderbilt University School of Law. He faithfully served his country in World War II in the South Pacific with the US Marine Corps. Upon graduating from law school, he returned to Humboldt, where he practiced law for over 60 years. Griffin loved Humboldt, and was active in all phases of his beloved hometown, serving in various leadership roles in the Jaycees, the Chamber of Commerce, Gibson County Commission, the Humboldt Golf and Country Club, Balladores, and was a 50+-year member of the Rotary Club, where he was honored as a Paul Harris Fellow, and, in January of 2018, as its oldest member. Griffin loved the practice of law, and served as City Judge and City Attorney in Humboldt, as well as the Tennessee Legislature and the Tennessee Constitutional Convention. He loved the law, and cherished kinsmanship with fellow barristers, having served as President of the Gibson County Bar Association, President of the Tennessee Bar Association, a fellow and council member of the American Bar Association, as well as an active member of the Tennessee Defense Lawyers.

Griffin was a lifelong faithful member of the congregation of the First Baptist Church of Humboldt, where he served in numerous capacities.

The family is especially grateful to all the wonderful providers and friends at the Tennessee State Veterans Home in Humboldt, TN, who assisted and loved on Griffin during these last couple of years.

To order memorial trees or send flowers to the family in memory of Griffin Boyte, please visit our flower store.