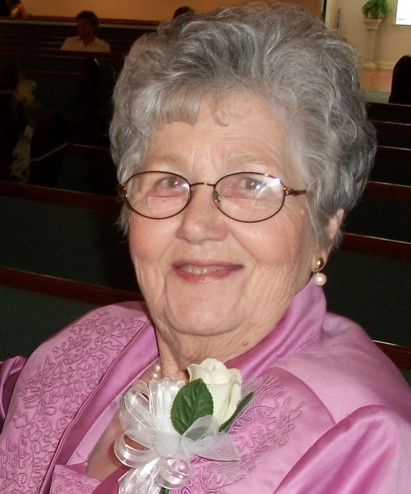 Funeral services for Ms. Gladys Quinn will be held at 11 am Friday, January 6, 2017 in the chapel of Replogle-Lawrence Funeral Home with Rev. George McMinn officiating. Burial will follow in Antioch Cemetery. Visitation will be held Thursday, January 5, 2017 from 5 until 7 pm at the funeral home.

She was born in Madison County to the late Willie A. Barnes and Mary (Baker) Barnes in the Barnes Road community and was educated in the Madison County School System. June 16, 1946, she married Clarence (P.A.) Quinn. They were married for 53 years until his passing May 12, 1999. Ms. Gladys was a member of Medina First Baptist Church.

To order memorial trees or send flowers to the family in memory of Gladys Quinn, please visit our flower store.