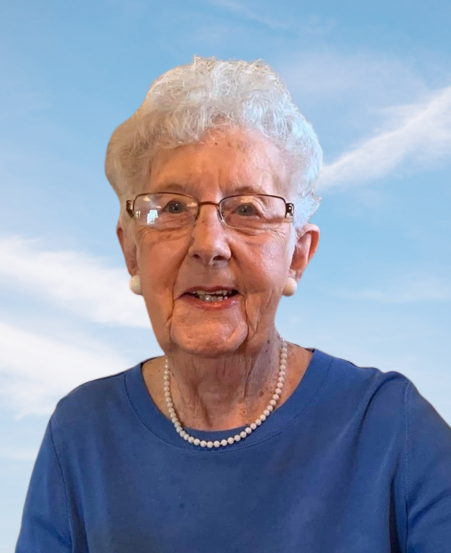 Funeral services for Mrs. Doreen Gill will be held at 4 p.m. Friday, May 6, 2022, in the sanctuary of Central Avenue Christian Church with Bro. Terry Hansen officiating. Burial will follow in Rose Hill Cemetery. Visitation will be held from 2 p.m. until service time at the church.

She was born in Bradford West Yorkshire, England to the late George Widd and Doris (Thompson) Widd. After marrying and moving to the United States, she was the manager of the local Wayne Gossard Outlet Store. She was a longtime faithful member of Central Avenue Christian Church.

Those honoring her as pallbearers will be: Scott, Kevin, and Peyton Blackburn, Andy Roberson, Josh Gill, and Kris Gingrow.

To order memorial trees or send flowers to the family in memory of Doreen Gill, please visit our flower store.