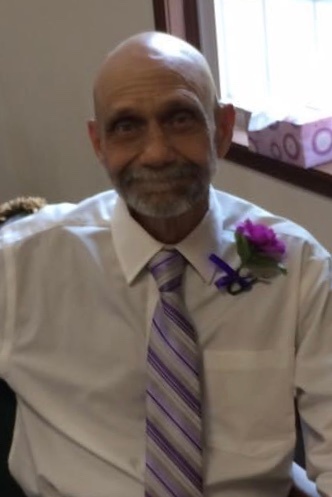 He was born on November 12, 1953, in Jackson, TN to William Russell Rinks and Gussie Mae Ruth Rinks. He spent the last few years disabled. He had previously worked at Collision Specialists in Jackson, TN for about 15 years. In the past he helped family members with tile work and also was a good mechanic. He was a member of Faith Assembly Pentecostal Church in Jackson, TN and he enjoyed his church family and was actively helping his sister with van ministry. Everyone loved him...he loved his family unconditionally...he sat and constantly worried about his brothers, sisters, nieces, nephews, and cousins. He was always protective of his family.

He was an avid hunter and fisherman and he loved hunting in his later years with his niece and even a few times his sister joined him. He enjoyed volunteering at Salvation Army along side his sister. His favorite song was November Rain (Guns & Roses) then as he came to have a relationship with God, he come to love Gospel.

Danny, you now can take care of us all here with no problems....but we know you are enjoying your family and friends in Heaven....I know you, Tony, and Tommy have already started fishing.

He was preceded in death by his grandparents; mother and father; sister, Shelby Jean Lundy; brother, John William Lundy; and numerous aunts, uncles, and cousins.

To order memorial trees or send flowers to the family in memory of Danny "Bones" Rinks, please visit our flower store.