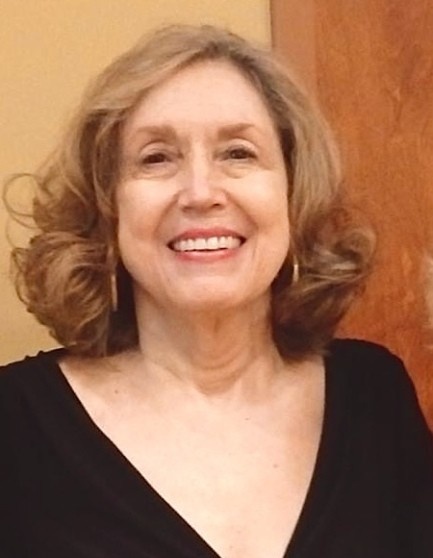 Charlotte Mills Hammack died peacefully at home on February 26, 2022.  Although a long-time resident of Murray, Kentucky, Charlotte was born on April 20, 1941, in Selmer, Tennessee.  She was the daughter of the late James DeVaughn Mills of Medina, Tennessee, and the late Elizabeth Barlow Mills of Crump, Tennessee.

Charlotte grew up in Memphis, Tennessee, where she graduated from Messick High School.  She earned a Bachelor of Arts degree from Memphis State University where she was a member of Delta Zeta sorority and represented the Kappa Sigma fraternity in the Miss Memphis State pageant.

Charlotte was the beloved wife of the late Dr. James Wallace Hammack, Jr.  Following their marriage in 1963, she taught school at Fannie Bush Elementary in Winchester, Kentucky, and at Morton Junior High in Lexington.  Upon moving to Murray, Charlotte became a homemaker.  She was involved with the local chapters of the DAR and the UDC and served for a time as co-chairperson of the Calloway County Republican Party.

Charlotte was well known for her voracious reading habits and her zealous Anglophilia.  She also enjoyed flower gardening, but her greatest joy was taken in gathering with family and friends.  Charlotte was preceded in death by two brothers, James Barlow Mills of Milan, Tennessee, and John David Mills of Atlanta, Georgia.  She is survived by two children, Amanda Hammack Crain (Chris) of Marion, Arkansas, and James Wallace Hammack, III, (Julie) of Murray, Kentucky, as well as two grandchildren, Wallace Alexander Crain and Margaret Elizabeth Crain.  She is also survived by two nieces, Jennifer Mills Pickett and Meredith Mills Lovell, and a nephew, James Barlow Mills, Jr., all of Nashville, Tennessee.

A graveside service will be held at Centerville Cemetery in Milan, Tennessee at 11:00 a.m., Saturday, March 5, 2022, with Austin C. Lewis officiating.

The family requests  that expressions of sympathy be made to MSU Foundation, 200 Heritage Hall, Murray, KY 42071; in the memo: James W. Hammack, Jr. History Scholarship.

To order memorial trees or send flowers to the family in memory of Charlotte Hammack, please visit our flower store.