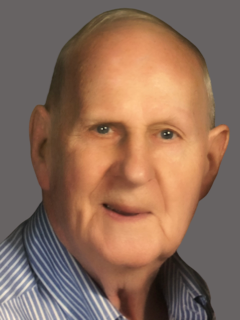 Funeral services for Mr. Charles McCormick will be held at 2 P.M. on Friday, March 19, 2021, in the Replogle-Lawrence Chapel with Bro. Allen Jones officiating.  Burial in the McCarver Family Cemetery near Spring Creek will immediately follow.  Visitation with the family will be held at the funeral home on Thursday, March 18, 2021, from 5 P.M. until 8 P.M. and on Friday for an hour before services.

Mr. McCormick, age 84, passed away at home surrounded by his family on Tuesday, March 16, 2021.  He was born in Henderson County to the late Chester Allen and Eula Mae Johnson McCormick. Charles graduated from North Side High School and worked as a machinist at Porter Cable. He married his wife of 62 years, Juanita McCarver in 1958 and they have lived at their current home since 1965. After retirement he has enjoyed playing Corn Hole, tinkering, and spending time with family.

To order memorial trees or send flowers to the family in memory of Charles McCormick, please visit our flower store.