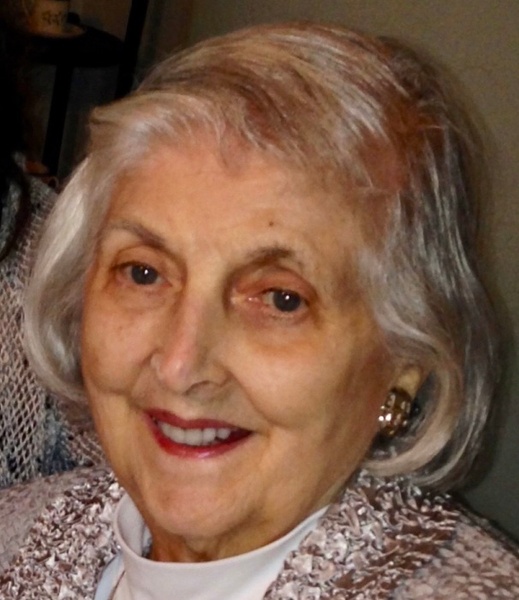 Barbara Anne Roote Williams peacefully slipped from Humboldt Nursing Home into Heaven to be with the Lord on Sunday, January 26, 2020 at the age of 91. Born in Spring Creek, TN, Mrs. Williams was the daughter of the late Jay Campbell and Mary Key Roote. Before settling in Jackson, TN, she and her family also lived in Clarksdale, MS and later in Memphis, TN, a city which always remained one of her favorite destinations.
One of five children, Mrs. Williams leaves behind her beloved sister, Beverly (Sam) Hall of Jackson, TN; and her sister-in-law, Mary Catherine Roote of Stevenson, AL.
Preceding her in death were her brothers, Jay (Blanche) Roote of Pittsburgh, PA and Jim Roote of Stevenson, AL; and her sister, Catherine (known to the family as Betty) Roote of Jackson, TN. Mrs. Williams joins in Heaven her devoted husband of almost 67 years, John Parker Williams. They built their family in Humboldt, TN where they shared a love of travel, both domestically and internationally, and where they shared an interest in birds – particularly those native to our area.
A loyal friend and devout Christian, Mrs. Williams found her greatest joy in her family. She will be remembered as a devoted wife and a totally dedicated mother to her children, Mary Key (Bill) Roe of Humboldt, Jeff (Debbie) Williams of Ypsilanti, MI. and John (Michelle) Williams of Jackson, TN.
She marveled at the lives of her adored grandchildren. She was Mimo to Grey (Rhiannon) Barker of Murfreesboro, TN, Ben (Ashley) Williams of New Braunfels, TX, Katherine (Tim Schaap) Williams of Toronto, Canada, Mary Elizabeth Roe of Franklin, TN, Hannah (Nathan) Schey of Elkridge, MD, Will Parker (Alyssa) Roe of San Francisco, CA, Meg (Wes) Burger of Austin, TX, Jake (Betty Kay) Williams of Hopkinsville, KY, Emily Williams of Lakeland, TN, John Williams and his fiancée Kristina Anderson of Madison, WI, and Jeff (Erin) Williams of Lakeland, TN. Extra delight came from her great-grandchildren who are Harold Grey and Lillian Barker, Madilyn, Zachariah, Jackson, John Henry and Mary James Williams, Charlotte Schey, Ross Williams and Welles Roe. Preceding her in death was her great-grandson Greyson Barker.

Active in First Baptist Church for as long as she was able, Mrs, Williams taught 7th grade Sunday school, was a GA Leader and served on the building committee for the church structure that is now The Church at Sugar Creek.
Mrs. Williams was Jaycette president and served for decades on the Strawberry Festival Territorial Queens Committee, including the time of yearly construction of the glamorous outdoor pageant venues. Until her declining years, Mrs. Williams loved playing bridge with her special bridge club friends.  In their early years, she and Mr. Williams were members of a couples bridge club, as well.  She enjoyed being a member of the 18 Book Club and the friendships cultivated there.

After her children were born, most of her civic activities revolved around them. She was a Cub Scout Den Mother and a Girl Scout Leader, she and friends built countless floats for their children for the Strawberry Festival, and she happily chauffeured her children and as many of their friends who could pile into their ever present station wagon to countless ball games, parties, and concerts. She welcomed her children’s friends into their home and loved her children beyond measure.


Most important to Mrs. Williams was always that she lived a life that was pleasing to the Lord.


Visitation for Mrs. Williams will be on Saturday, February 1 from 12 – 2 p.m. at The Church at Sugar Creek (First Baptist) with the service to follow at 2 p.m. Rev. Bill Rice and Kevin Hamilton will lead the service of celebration and remembrance for Mrs. Williams. Interment will follow at Rose Hill Cemetery.

To order memorial trees or send flowers to the family in memory of Barbara Williams, please visit our flower store.