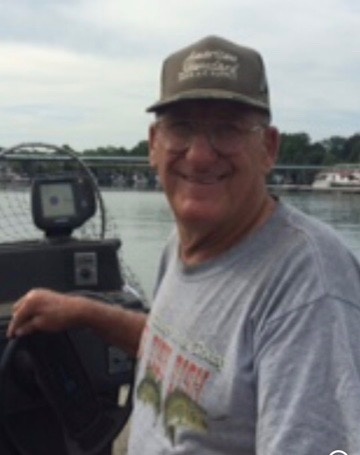 Arlis Wymon Ange, 87, of Medina, TN, beloved husband, father, grandfather, and great grandfather, passed away surrounded by his loved ones on Saturday, January 29, 2022.

Arlis was born in Crockett Mills, TN, later drafted in the United States Army and served 2 years active duty (in reserve for 4 years) and in June 1959 moved to Phoenix, AZ where he worked for Valley Lumber Company and later met and married Jackie on November 23, 1960. In 1966, he moved his family (wife and two daughters) to Brownsville, TN where he farmed with his brother, Conway. Two years later he moved his family to Medina, TN where he started work for Thurston Motor Lines working on the dock and later driving a semi-truck. He also worked for Brown Trucking Company and retired from Arkansas Best Freight (ABF).  He was a mighty man of God who loved the Lord, his wife, his daughters, grandchildren and great grandchild. He was a deacon at Friendship Baptist Church and a pillar of the community. He also loved fishing especially with his fishing buddies, Teresa, Jessica, William Bland and Randy Boals. He was loved by family and friends and did not know a stranger.

To order memorial trees or send flowers to the family in memory of Arlis Ange, please visit our flower store.