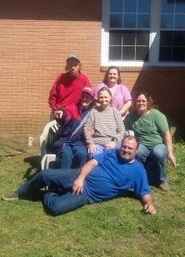 Mrs. Johnson, age 80, was born in Dyersburg, TN to the late Clarance and Zanner Kolwyck Smith. She attended the local schools then worked in a bakery and cleaning houses. Annie was married to the late Herman Johnson.  She then moved in IL before returning to TN in 2016.

The family will hold private services at a later date.

To order memorial trees or send flowers to the family in memory of Annie Johnson, please visit our flower store.