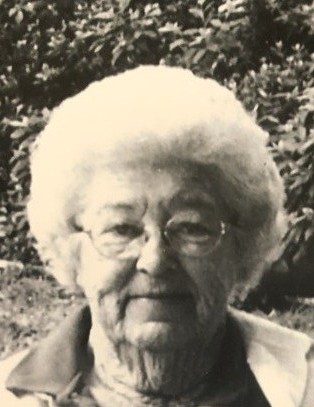 Mrs. Agnes Thompson, age 92, passed away peacefully at home surrounded by family on Thursday, October 1, 2020.  Funeral services will be held on Saturday, October 3, 2020, at 4 P.M. in the Replogle-Lawrence Chapel with Bro. Eddie Martin officiating. Burial in Antioch Cemetery will immediately follow.  Visitation with the family will be from 2 P.M. till service time.

Agnes was born at home in Madison County, TN to the late Edger (Buddy) Ivy and Bertha Annruth Crawford Forsythe.  She attended the local schools and grew up in the Three Way Community. Agnes was married to the late Vernon Ray Thompson for 75 years.  Mrs. Thompson worked at several factories and finally Longs Nursery before retiring. She enjoyed gardening and became well known in the Jackson area for her buttercups, roses, and manicured lawn. It has also been stated that she was a very good cook!

To order memorial trees or send flowers to the family in memory of Agnes Thompson, please visit our flower store.